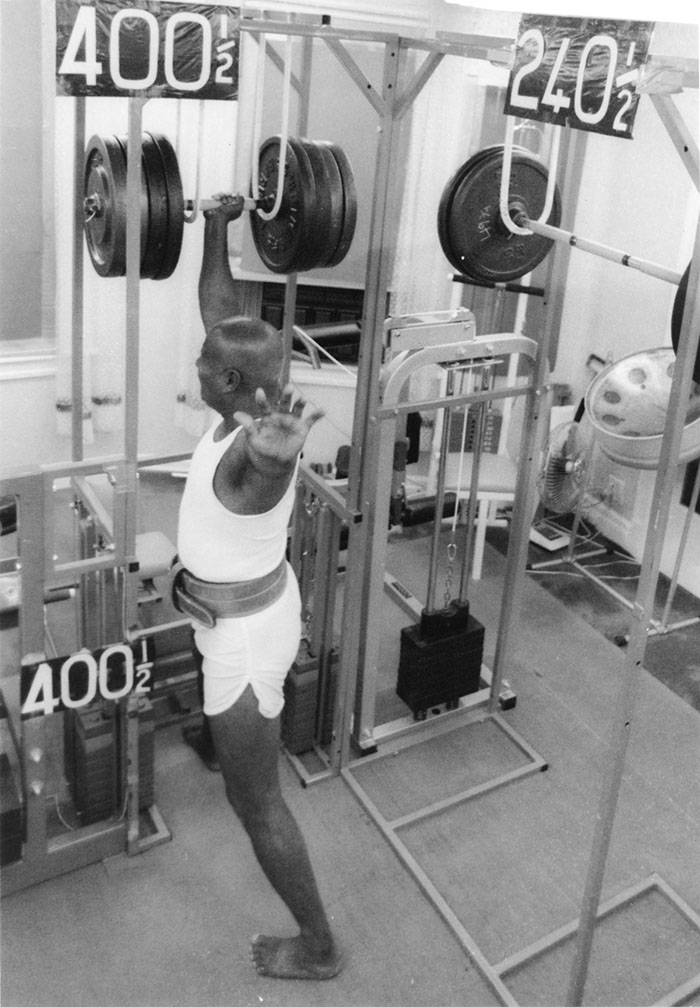 Sri Chinmoy lifts a 400½-lb. dumbbell for the first time, using only his right arm, in Jamaica, Queens, New York.

A Miracle for Earth

Today’s weightlifting prayer that I gave before I tried to lift 400 pounds is different from some of my other weightlifting prayers. That is because, in the intuitive world, I knew that I would succeed in my lift today. That much intuition I have. I knew at least a half hour in advance. So today my prayer was:

My Lord Supreme, my Beloved Supreme,
I know, I know, each miracle performed
Here on earth by human beings
Is the descent of Your special Compassion-Blessing
From Your high Vision-Light-Heaven to earth
So that she can inspire her children
To believe in Your higher worlds and inner worlds
And thus become Your choice instruments
To manifest Your Divinity here on earth.

Published in My weightlifting tears and smiles, part 2

About a month ago, I tried so hard to move the 400-pound weight, even on the same level. I could not move it at all.

I was telling the Supreme, "You always cut jokes with me. Now I am cutting jokes with You."

Now I have made such fast progress from 300 to 400. It is all due to confidence and also the fact that my muscle power has increased — which means my receptivity to God's Compassion and God's Grace has increased.