The New Year is the year
Of man and earth’s
Self-giving choice,
And also is the victory-year
Of God’s soundless Voice.

At the close of his annual New Year’s public meditation, held on December 15, 1978, at Columbia University in New York, Sri Chinmoy delivered his New Year’s Message. Sri Chinmoy also set the message to music and the song was performed that evening. 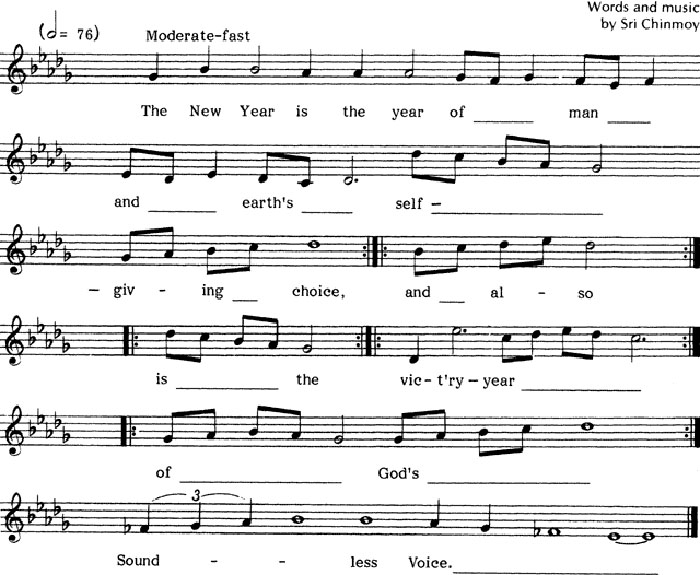 Published in Chandelier, Part 2, song no. 9