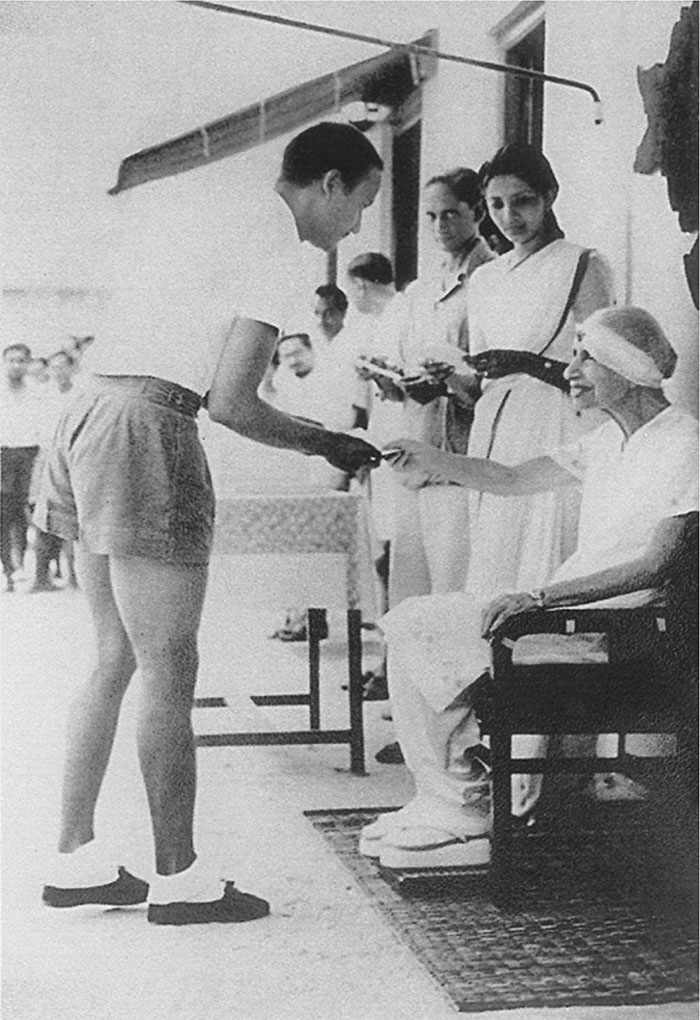 Sri Chinmoy is presented with the Sports Day decathlon award by the Mother of the Sri Aurobindo Ashram in Pondicherry, India.

Footnote adapted from Under a Blue Pondicherry Sky by Vidagdha Bennett: For two years consecutively, 1958 and 1959, Chinmoy was the decathlon champion. On both occasions, he was given a gold medal embossed with a tortoise, the sign of immortality. In 1959 he was also blessed with a pair of shoes for his victory, though unfortunately, the shoes were too big for him. In 1958 he scored the highest points in the decathlon — 4726. In 1959 he scored 4712.

Sri Chinmoy lifts 330 lb. with one arm; and during a standing calf-raise workout, lifts a total of 106 ton, in Jamaica, Queens, New York.