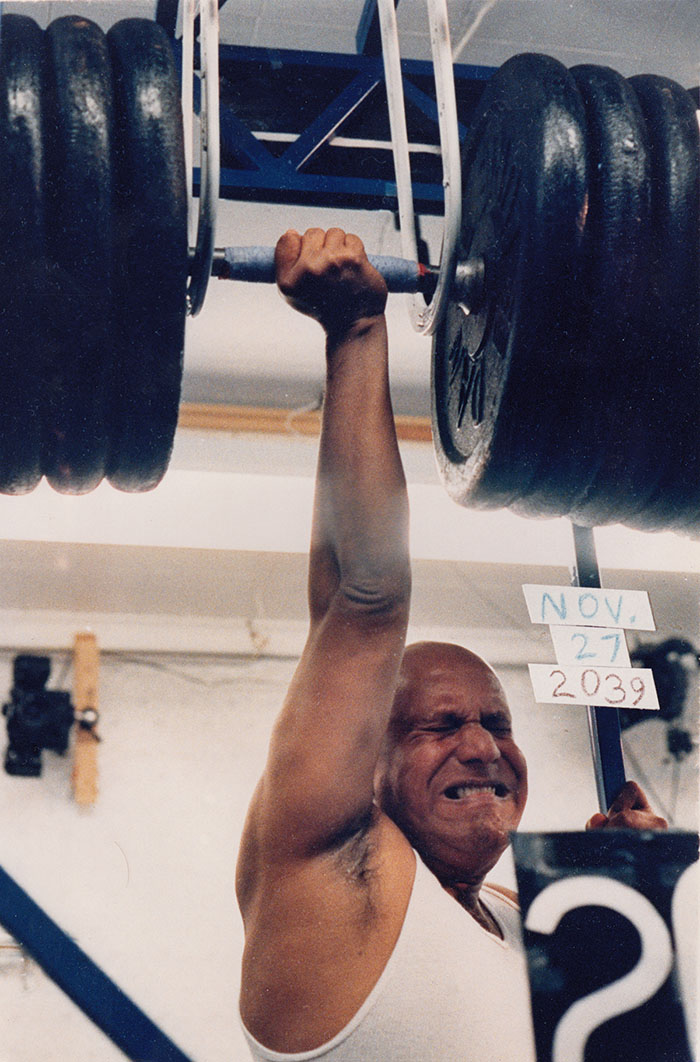 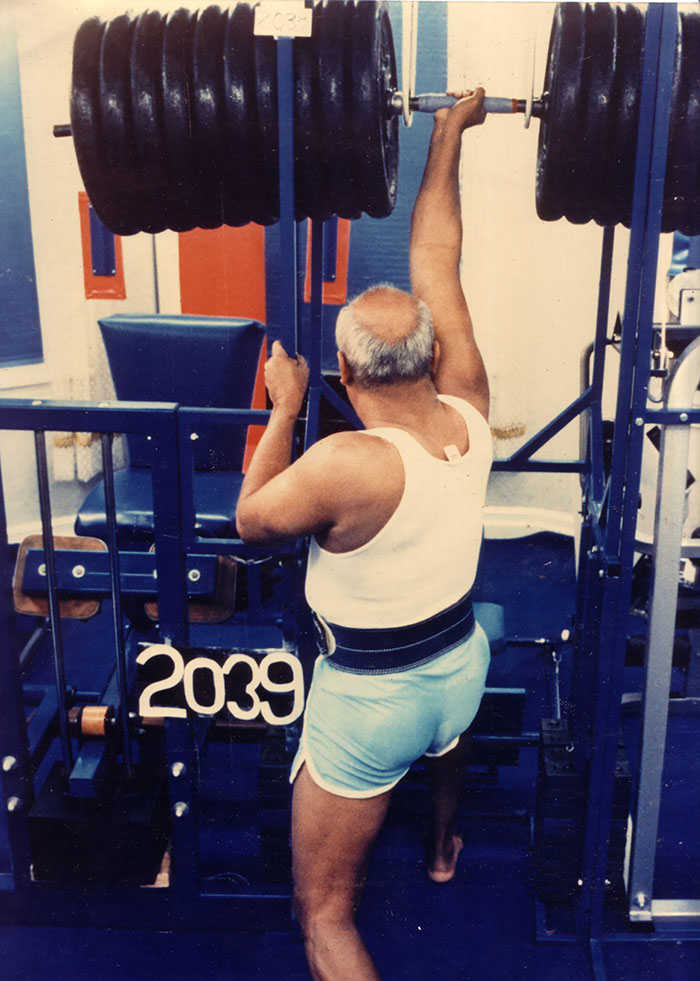 This morning I tried to go sleep at around 2:00, but I was restless, so I got up. While getting up I bumped into the stronger-than-the-strongest metal bar near the scale in my bedroom. By then it was already 2:30. Sound sleep I didn’t get yesterday even for 10 or 11 minutes. Usually, when I get up I take a 10-minute shower, but this time I took a 20-minute shower to make sure I didn’t fall asleep while exercising.

Last night a few boys were over at my house for Sahishnu’s birthday. Everybody was predicting when I would lift 2,000 pounds. They all said I would do it today. Dhanu and Achyuta were the only ones who didn’t make any predictions.

Some were saying that I would do it at 1:30 in the morning. I told them that I would not try before 4:30 because I was so tired and exhausted, but still they thought I would try right away.

Some predicted times that were only 10 minutes after Unmilan and others finished building the new power rack.

This morning at 4:30, I started doing my usual endless weightlifting exercises. Then, at around a quarter to seven, I started attempting to lift 2,039. It was over 500 pounds heavier than my previous best lift, 3 days ago. My fifth attempt was my best performance. After my fifth attempt, I looked at the time and saw it was 7:40. So Sahishnu’s prediction was the best.

Sri Chinmoy lifts twice his own body weight of 145 lbs. with a standing two-arm lift at a public function, called  ‘Lifting Up the World with a Oneness-Heart: The Body’s Fitness-Gong and The Soul’s Fulness-Song’ held at York College in Jamaica, Queens, New York.