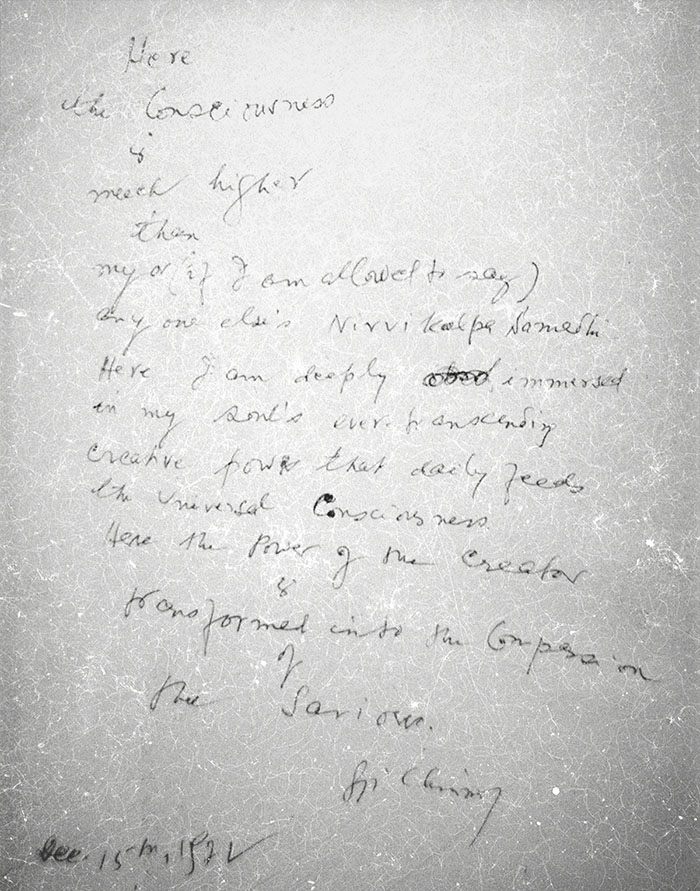 Here
the Consciousness
is
much higher
than
my or (if I am allowed to say)
anyone else’s Nirvikalpa Samadhi.

Here I am deeply immersed
in my soul’s ever-transcending
creative power that daily feeds
the Universal Consciousness.

Here the Power of the Creator
is
transformed into the Compassion
of
the Saviour.

This picture was taken by Pranavananda at the Bayside Church sometime in 1972. It was probably in the second half of 1972. There is at least one other picture from his series, which shows Sri Chinmoy in profile and not close up.

This picture was used as the poster for the 1972 New Year’s Meditation, which took place at Hunter College [held on December 29,1972].