JAMAICA, N.Y. — An Indian poet and spiritual teacher set what is probably a world record August 13 when he completed 630 rhymed poems — in English — in 24 hours.

Sri Chinmoy, a native Bengali, worked around the clock from midnight to midnight to complete the feat, using yogic powers of concentration.

During the 13 years he has lived in America, he has written several thousand English language poems, but never before in rhyme.

The 630 poems have been published under the title A Soulful Cry Versus a Fruitful Smile. All told, during the month of August Sri Chinmoy wrote over 1,000 rhymed English poems. 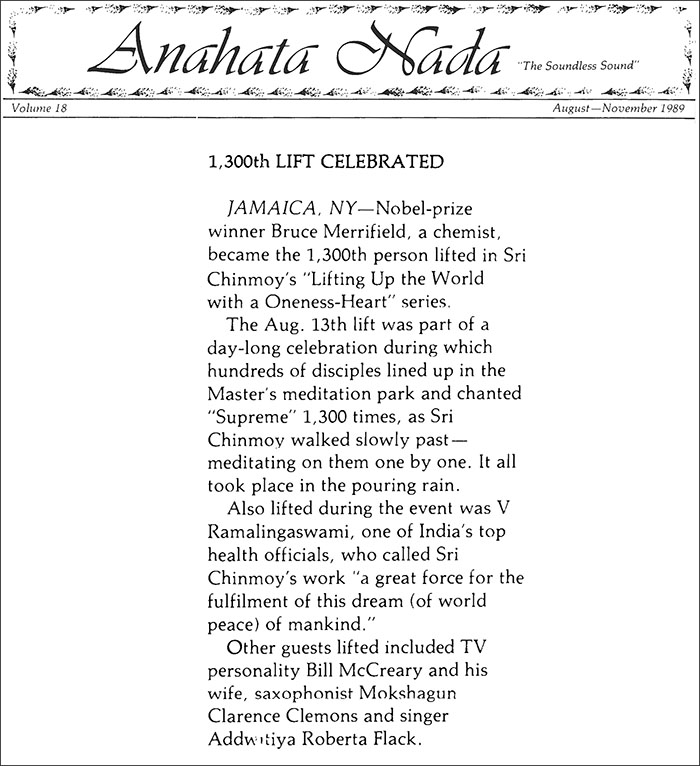 The Aug. 13th lift was part of a day-long celebration during which hundreds of disciples lined up in the Master’s meditation park and chanted “Supreme” 1,300 times, as Sri Chinmoy walked slowly past, meditating on them one by one. It all took place in the pouring rain.

Also lifted during the event was V Ramalingaswami, one of India’s top health officials, who called Sri Chinmoy’s work “a great force for the fulfilment of this dream (of world peace) of mankind.”