At 1:00 p.m. Sri Chinmoy performs exercises on 27 different leg machines that are laid out on the tennis court of Aspiration-Ground in Jamaica, Queens, New York. Here, Unmilan Howard (left) and Rupantar LaRusso set up one of the machines.

Before Sri Chinmoy began he said:

Dear ones, your Guru is going to complete 27 years of his earthly existence in America, in the West, on the 13th of April. So, 27 years — no joke. I am an ancient human being — not old, but ancient, ancient ... I will be taking exercise on 27 exercise machines. This is one of my items in honour of my 27 years in the West, in America.

Sri Chinmoy at the opening of the USA section of the Sri Chinmoy Oneness-Home Peace Run in New York. 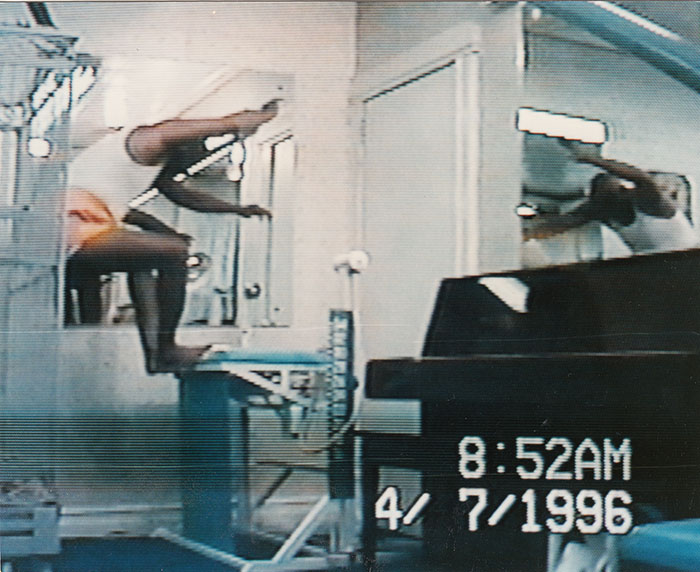